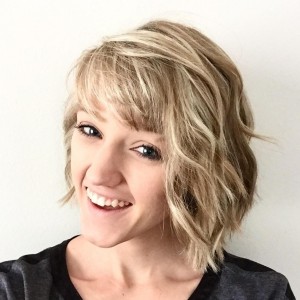 This is not a new topic. Specializing your services is being touted today as the fool-proof way to raise your prices, attract your ideal customers, position yourself as an expert (thereby justifying the higher prices), and address a specific customer need. But when I talk about specialization (as with almost any other topic), it’s going to be about why this method helps other people, not why it helps you (though it ultimately does help you, too).

Specialization flies in the face of the jack-of-all-trades business types. When you tell a Jack or Jill that there are certain things they may know how to do, but should opt not to do (because, well, specialization is the way of the future), they will immediately feel fear flare up inside them.

You see, the service provider who is your proverbial huckleberry for a myriad of jobs and tasks has likely undergone years of strenuous effort to ensure they are hirable, desirable, and useful to someone. They likely have a certain sense of pride in how diversified their skill set is because they feel it means they have more control over their lives. “If someone needs it, and I can do it, I will always be able to make a living.”

The reason is simple: scarcity is scary and specialization is risky. With the rate at which technology is advancing, making more human occupations obsolete, how can one be certain their specialized skillset will be relevant and useful in the near future?

Scarce-ists are risk-averse and look for ways to protect themselves from any possible number of catastrophes. We pad our egos and diversify our identities to shield ourselves from real or imagined threats. We collect back doors and formulate plans B through Z, preparing for the day when plan A no longer remains a viable option. You can see how these distractions could prevent one from effectively carrying out plan A with any degree of measurable success. So we tread water, we get by, we hang in there.

Abundance-ists, on the other hand, like to charge ahead with Plan A like there is no alternative. They rarely stop to consider the what-ifs because they don’t fear the what-ifs. Unpredictable circumstances are not threats, they are inevitable, and it is an abundant-ists job to outsmart, outwit, or outrun the inevitable, not be defeated by it. They look for ways to get farther faster and most importantly, look for ways to iteratively adapt in real-time.

I am not an economist and I am not in the business of predicting which industries will prosper and which ones will fall. However, one thing is resoundingly clear as we look to the past and the future, regardless of whether we already specialize or are fearfully hesitant to do so: adaptation is essential.

If you are still adamant about remaining a jack of all trades, take note: that doesn’t give you license to stagnate. “Tried and true” doesn’t always win at the end of the day. Failure to adapt to change is often the nail in the coffin for do-all service providers. And it usually comes unexpectedly because they were so busy doing so much, they didn’t have time to be the best. This is the epitome of a self-fulfilling prophecy.

So which was more future-proof?

Specialization is not just about picking a particular service you like well enough and hoping it goes well for the foreseeable future. It’s about effectively identifying and solving a problem for someone and providing value to them in some way. That’s the thing about value: what is valuable to one person may not be valuable to everyone.

Specialization requires an acute understanding of what life is like for those you serve. What do they need but not want? What do they want but not need? Where are they right now on their own path towards achieving some outcome they care about? What gaps in their knowledge or ability can you fill? How can you offer value?

Specializing requires understanding the motivations and internal debates of a subset of people, learning what holds them back and what drives them forward. In short, specializing is not about you at all. It is about serving other people in the ways they need service.

Acquiring this kind of in-depth understanding of other human beings is not inherently easy. We have our own world views, ways of being, and understanding of the way the world works based on our individual experiences, beliefs, and circumstances. Selecting which humans we want to put under a microscope and psychoanalyze through user research, testing, and surveying can feel like a huge commitment.

But the truth is that if you can do it once, you can do it again. The process of finding problems shared among many and devising solutions to that problem it is the ultimate skill that makes us adaptable, hirable, and desirable.

Just a quick ping letting you know when I've posted a new article. 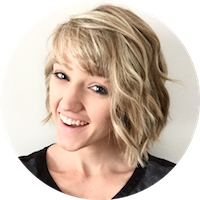